Over the last year or so I’ve tried to be more structured in the way I bake. That might means noting down where a recipe is from, tweaks I’ve made or how I’ve constructed a recipe from various places, rather than just chucking stuff in and hoping for the best and totally failing to replicate it later on, or using a recipe I found online and never being able to find it again. My bullet journal, which I use to order my brain, is basically lovely layout pages interspersed with scribbles covered cake mix. Once those scribbles are a secure method, I write them up and stick them in a huge book my mum and sister gave me when I went to uni (it also has some excellent life tips in from my mum!). Although the system isn’t new, I have been making more of an effort and its been paying off in spades – no more dredging though endless screenshots of recipes and google search histories. END_OF_DOCUMENT_TOKEN_TO_BE_REPLACED

Let’s talk about Easter traditions. I’ve explained some of our family traditions in previous posts (welly wanging features heavily – not as rude as it sounds!), but I wanted to share another really special one: the Easter tree.

END_OF_DOCUMENT_TOKEN_TO_BE_REPLACED

You know how sometimes you set yourself a challenge that, at the time, seems totally reasonable and fairly sane, but later you find yourself questioning why on earth you ever thought it was a good idea? Well, I decided to make filo. From scratch. And three days later my wrists were still hurting from all the rolling. I would say it was worth it, but only because now I will appreciate shop bought filo SO much more.

Honestly, I would say only make filo from scratch if you really, really love rolling pins. It took me nearly an hour to roll out all the sheets of dough, and a few of them were still a little thicker than I’d have liked. Thank god for podcasts!

However, the upside of all this filo-angst is nut-free Baklava; its not just possible, its also delicious!

Baklava has always been one of those bakes that is so nut-dependent that I never even considered trying to make a nut-free version that I could eat. But once I’d made homemade filo, it was the first thing that sprang to mind to make with it. I looked around for recipe inspiration, and found lots of recipes that used exclusively sesame seeds. I wanted some variation, so added sunflower seeds, which I think also taste very nutty. 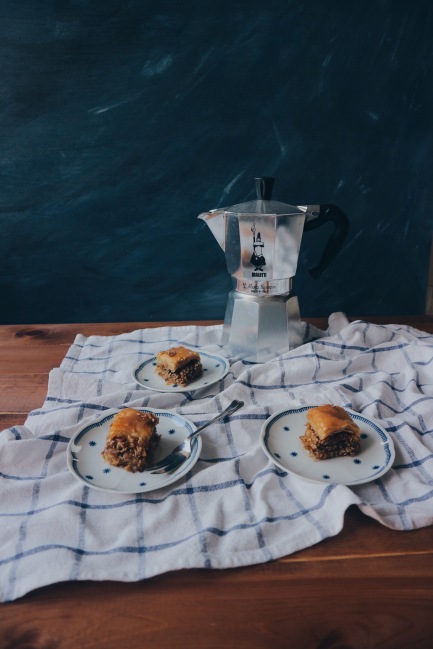 When the baklava comes out of the oven you soak it in an orange and cinnamon syrup which soaks into the filling and the pastry. The final, cooled baklava is sticky and rich, but has bite and depth. It was so good for breakfast, but any more than a few squares at a time will give you a sugar headache. Although I’d urge not to make the pastry, I would recommend making this Nut-free Baklava so you can try it and tell me if it’s anything like the real thing!

Ingredients: Filo (recipe from The Spruce)

half a cinnamon stick

We’re so close now. Christmas is here and so are the last stages of gift buying and wrapping. For the last few years I’ve made various edible gifts, and the best ones now come back annually. Candied clementine slices dipped in chocolate are a must, and always disappear before new year.  This year in particular I’m trying to cut down on unnecessary presents, and only give things that will last or be loved, even if that’s just something small. 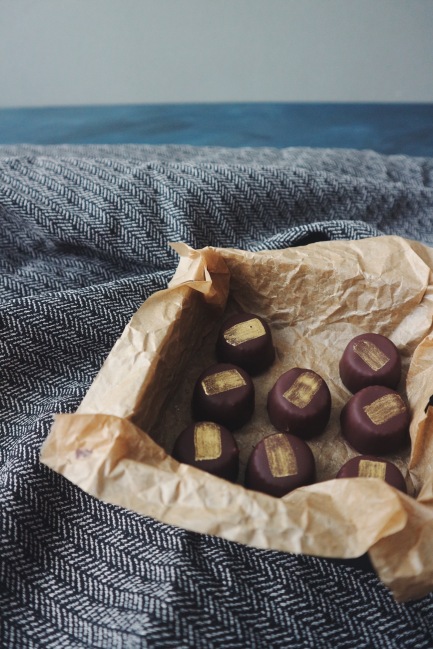 END_OF_DOCUMENT_TOKEN_TO_BE_REPLACED

Christmas is a season full of delicious food, traditions and gathering friends and family to eat together. There is nothing better than a mug of mulled wine and some gingerbread to get you in the festive spirit. But having a nut allergy can make Christmas a little more stressful. Mince pies laced with various nuts, fruitcake and endless marzipan adornments all have to be avoided. Even drinks are a minefield; Sweden’s answer to mulled wine, gløgg, is made with almonds.

END_OF_DOCUMENT_TOKEN_TO_BE_REPLACED

You might have already read my blog post about making a wedding ceremony cake for my mum and her partner’s wedding. If not, go and read it now! Not only did I make a cake for the ceremony, I also made cakes for the party. Three two-tiered cakes to be exact. I wanted to share how it all went, and hopefully show that homemade wedding cakes are definitely possible. 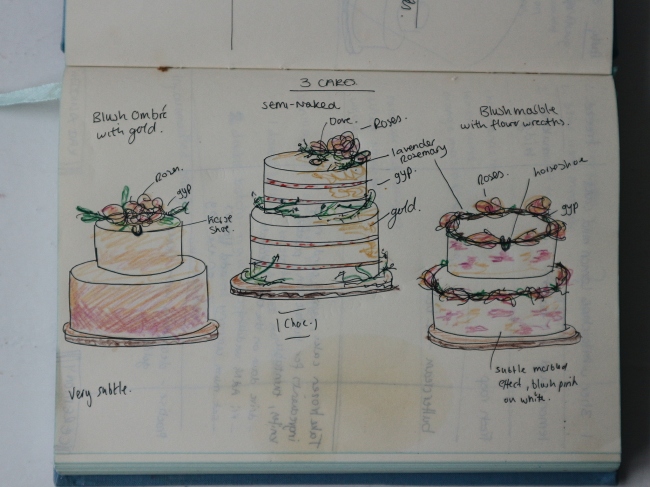 END_OF_DOCUMENT_TOKEN_TO_BE_REPLACED

Sometimes baking can really lift your mood in ways you don’t expect. I made this Floral Carrot Cake with Orange Buttercream on a very rainy day. With lots of baking on the day’s list, and still wearing my PJs, I was in a massive grump. One of those grumbly for no reason moods. And I couldn’t work out how to shake it. My favourite Easter biscuits were delicious but seemed unphotographable. I missed a chilling step in a batch of Lemon bars and they ended up unpleasing greasy. The kitchen was a mess and I felt lazy and useless.

END_OF_DOCUMENT_TOKEN_TO_BE_REPLACED

Calling everyone with a nut allergy – nut-free macarons are not just a possibility, they’re also totally delicious! Traditionally made with almond meal, ground pumpkin seeds can be used as a simple replacement, and the outcome is completely delicious. 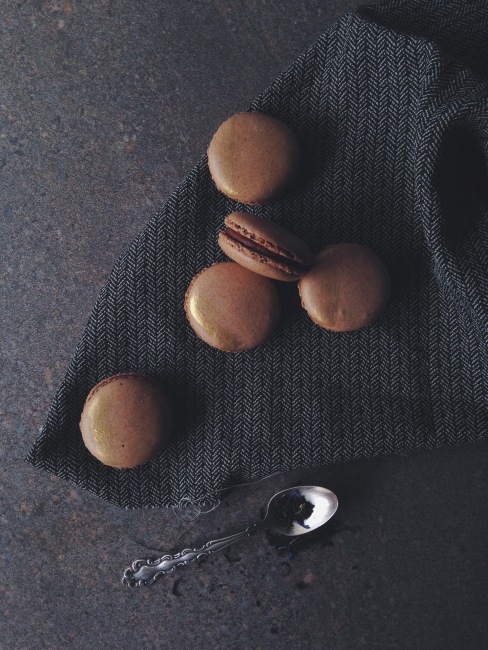 END_OF_DOCUMENT_TOKEN_TO_BE_REPLACED

I have to admit that for me, Valentine’s Day is not a big deal. Neither me or the boyf are particularly fussed about it, and with his birthday a few days before I’m always out of present ideas. Although we don’t celebrate the day itself, baking is the way I show love to him all throughout the year (even if that love is sometimes just a big heap of leftover scraps, or a photo!). I though it would be great to share a recipe you can make for everyone you love, romantically or otherwise.

END_OF_DOCUMENT_TOKEN_TO_BE_REPLACED

Chritsmas traditions can make all the difference when it comes to feeling festive. As I already mentioned in my Pepparkakor post, eating the right food at Christmas is really important to my family, as I’m sure it is to yours. The turkey is less important than the roast parsnips (particularly now I’m vegetarian!) and it’s important to have a Pringles sandwich on cheap white bread on Boxing Day. 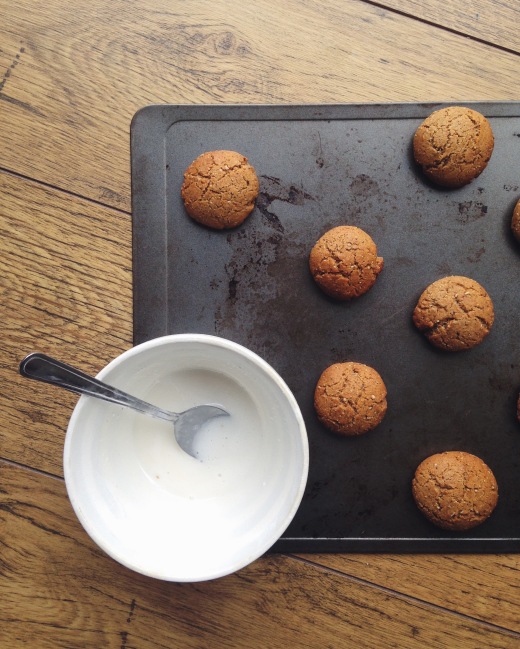