Over the last year or so I’ve tried to be more structured in the way I bake. That might means noting down where a recipe is from, tweaks I’ve made or how I’ve constructed a recipe from various places, rather than just chucking stuff in and hoping for the best and totally failing to replicate it later on, or using a recipe I found online and never being able to find it again. My bullet journal, which I use to order my brain, is basically lovely layout pages interspersed with scribbles covered cake mix. Once those scribbles are a secure method, I write them up and stick them in a huge book my mum and sister gave me when I went to uni (it also has some excellent life tips in from my mum!). Although the system isn’t new, I have been making more of an effort and its been paying off in spades – no more dredging though endless screenshots of recipes and google search histories. END_OF_DOCUMENT_TOKEN_TO_BE_REPLACED

Let’s talk about Easter traditions. I’ve explained some of our family traditions in previous posts (welly wanging features heavily – not as rude as it sounds!), but I wanted to share another really special one: the Easter tree.

END_OF_DOCUMENT_TOKEN_TO_BE_REPLACED

Vegan Sprinkles made with Aquafaba

I am not the kind of person who makes homemade sprinkles. Fiddly, unnecessary and pretentious would spring to mind whenever I read a blog post or saw an Instagram post espousing how we should all make them from scratch.

END_OF_DOCUMENT_TOKEN_TO_BE_REPLACED

You know how sometimes you set yourself a challenge that, at the time, seems totally reasonable and fairly sane, but later you find yourself questioning why on earth you ever thought it was a good idea? Well, I decided to make filo. From scratch. And three days later my wrists were still hurting from all the rolling. I would say it was worth it, but only because now I will appreciate shop bought filo SO much more. 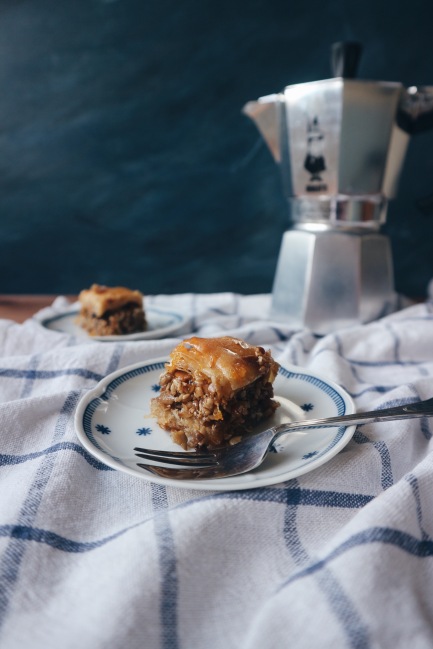 Honestly, I would say only make filo from scratch if you really, really love rolling pins. It took me nearly an hour to roll out all the sheets of dough, and a few of them were still a little thicker than I’d have liked. Thank god for podcasts!

However, the upside of all this filo-angst is nut-free Baklava; its not just possible, its also delicious! 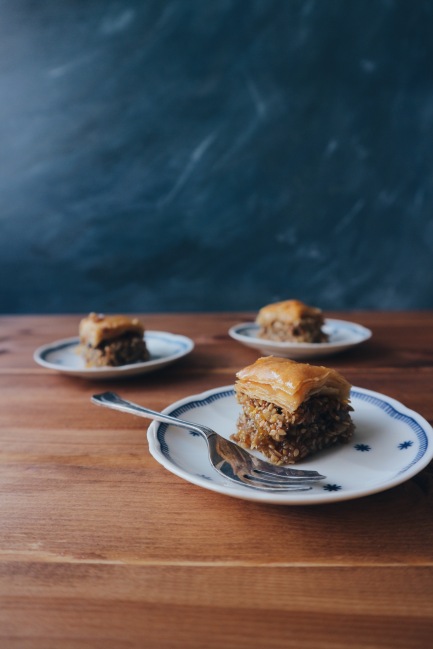 Baklava has always been one of those bakes that is so nut-dependent that I never even considered trying to make a nut-free version that I could eat. But once I’d made homemade filo, it was the first thing that sprang to mind to make with it. I looked around for recipe inspiration, and found lots of recipes that used exclusively sesame seeds. I wanted some variation, so added sunflower seeds, which I think also taste very nutty.

When the baklava comes out of the oven you soak it in an orange and cinnamon syrup which soaks into the filling and the pastry. The final, cooled baklava is sticky and rich, but has bite and depth. It was so good for breakfast, but any more than a few squares at a time will give you a sugar headache. Although I’d urge not to make the pastry, I would recommend making this Nut-free Baklava so you can try it and tell me if it’s anything like the real thing!

Ingredients: Filo (recipe from The Spruce)

half a cinnamon stick

For me, January is not a month of giving things up. Resolutions have never really appealed, and denying myself is not my style. However, the though of trying Veganuary, where you eat vegan for January, has been ticking over in my mind for a while. I’m keen to try and reduce my environmental impact, and alongside other ethical shopping habits, veganism seems like a good way to do that, . 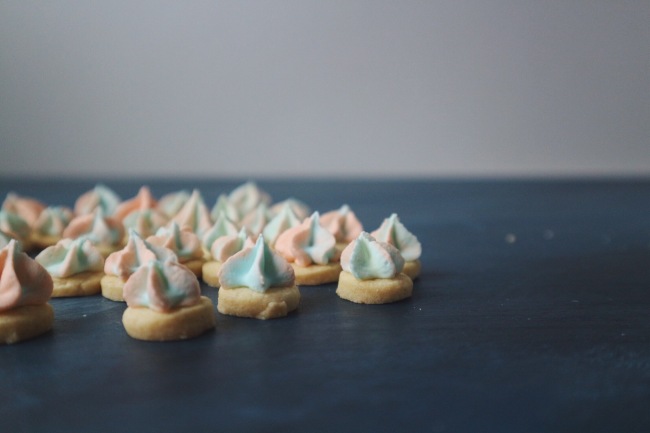 END_OF_DOCUMENT_TOKEN_TO_BE_REPLACED

We’re so close now. Christmas is here and so are the last stages of gift buying and wrapping. For the last few years I’ve made various edible gifts, and the best ones now come back annually. Candied clementine slices dipped in chocolate are a must, and always disappear before new year.  This year in particular I’m trying to cut down on unnecessary presents, and only give things that will last or be loved, even if that’s just something small.

END_OF_DOCUMENT_TOKEN_TO_BE_REPLACED

The lead up to Christmas gets me excited for lots of different reasons, and in recent years it has helped to spark a creativity that had been lying dormant and unfulfilled. Planning a cake for a family gathering, baking edible gifts for friends or making decorations all give me a sense of calm that I can struggle to achieve otherwise. Although I do all these things throughout the year, Christmas combines one present-giving event for everyone with long dark evenings, perfect for cosying up with a project. 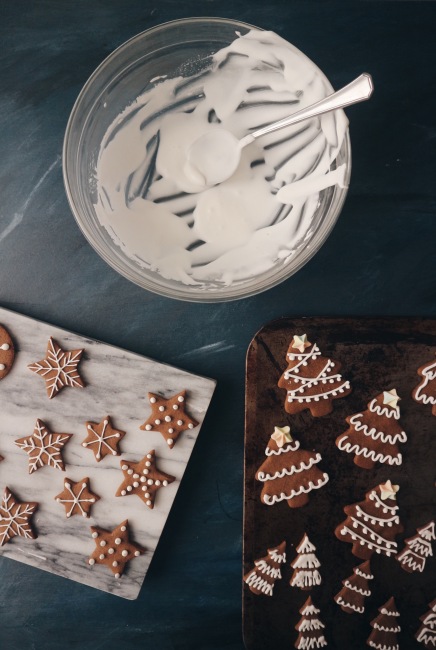 END_OF_DOCUMENT_TOKEN_TO_BE_REPLACED

This globe artichoke I grew from seed last year is starting to put out its first flower! . . . . #homegrownveg #radishes #grownfromseed #nodig #organicgardening #veggardening
Felt stressed and unsettled today so did some baking in my lunch break to calm down. Made sourdough brownies with a @izyhossack recipe and they're so good. . . . #tastethelove #freshbaked #bakefeed #makeitdelicious #homemadelife #sourdoughbrownie
Another bunch of homegrown radish. I showed these in the greenhouse in february, and now they're really pepping up my lunch. . . . . #homegrownveg #radishes #grownfromseed #nodig #organicgardening #veggardening
Baking Breakfast Brunch Cake Dessert Dinner From Scratch Gluten free Great British Bake Off Ice Cream Leftovers Nut free Other Sweets Vegan Vegetarian Wedding Cake
Always Add Cinnamon
Blog at WordPress.com.
%d bloggers like this: