There’s something about making ingredients from scratch that gives you a better understanding and appreciation of it. For a long time I’ve wanted to try making cheese, partly to see if I could, partly for the bragging rights!

Homemade Paneer was top of my list. It’s one of my favourite cheeses to cook with, and I already have a whole host of recipes to use it up in. I’d also seen several recipes and the process seemed pretty simple.

END_OF_DOCUMENT_TOKEN_TO_BE_REPLACED

I’ve been watching the recent-ish trend for vegan and paleo food from the sidelines, mainly because it is almost 100% incompatible with a nut and coconut allergy. Bummer.

END_OF_DOCUMENT_TOKEN_TO_BE_REPLACED

I have a confession to make.  When I started this blog I fully intended to have a brilliant balance between baked goods, dinner ideas, portable lunches and snacks. In this, I have utterly failed so far!

Now I could say that this is because I exist almost entirely on cake, but that would be a lie. The problem is that when I make lunch or dinner I immediately devour it without stopping to take photos. I also have a tendency to wing it a bit and not write down how I made a dish. By the times I’ve eaten I have no idea what I did to make it taste that way.

But this has to stop! I’ve made a resolution to myself to try and be better. Step 1. Keep a notebook in the kitchen and write amounts down as I go. Step 2.  Try and make at least a third of my posts of the savoury variety. Let’s see if I can stick to it!

To start me off on the right footings I made this pasta with leftover sauce from a home-made pizza night (which I totally failed to take pictures of). The sauce itself is really garlickly and rich, and super simple to make. I’ll post about the pizza once I’ve made it again and resisted long enough to take pictures.

1. Make the sauce. Put onion, garlic, chipotle and enough water to just cover them in a large frying pan and simmer until all the water has evaporated.

2. Add tomatoes and oregano and simmer, stirring occasionally,  until most of the liquid had evaporated (about 20 mins). Mash up any chunks with a fork if you’d like. Season to taste.

3. Now cook your pasta according to instructions.  Drain, the add back to pan with the frozen peas and a good dollop of the tomato sauce. Keep over the heat until the peas are cooked to your liking.

4. Grate over lots of cheese and eat!

So I thought that I should explain why this blog is called ‘Always Add Cinnamon’.

I love cinnamon. And when I say love, I mean LOVE. I always at least double cinnamon in recipes, and my mum regularly gives me catering sized tubs which I work my way through happily. 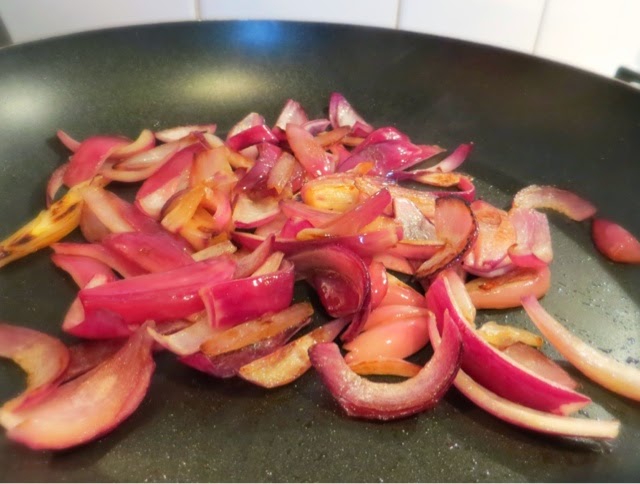